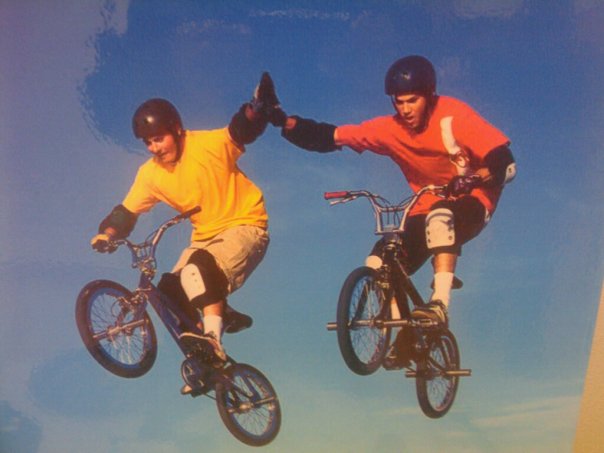 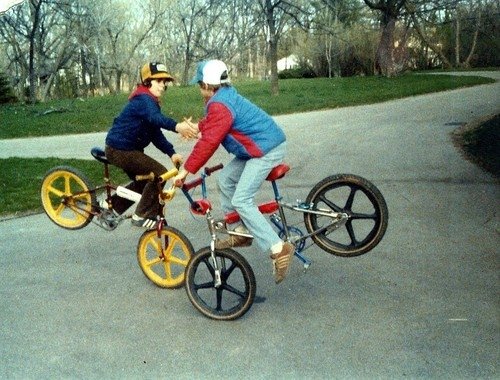 It’s a shame RAD hasn’t been released on DVD yet. A lot of people have been asking for it.  So far, 22,910 people have signed the petition for it’s release.

“One of the best movies of the 80’s, in my humble opinion, “RAD” has never received a decent home video release. With the high quality possible in the DVD format, now is the perfect opportunity to release this BMX fan favorite. I’ve seen this movie auctioned on ebay in VHS format for FAR too much.  True fans of “RAD” deserve a chance to buy the DVD of this movie for a reasonable price.”

This weird slow motion freestyle bike dancing is one of my favorite scenes.  Send me an angel.

Also, “Bill Allen and his producing partner are in discussions with MGM and Sony to not only bring about a DVD release of RAD but to also produce a sequel. Francis Ford Coppola and Talia Shire are also involved.”

Not sure how legit this rumor is, but I would love to see a RAD 2! No guts, no glory.

Trials riding is an extreme test of bicycle handling skills, over all kinds of obstacles, both natural and man-made.